Satisfyer Pro 2 and Penguin: Does it suck?

Hello my delicious little cupcakes! I’m back with a whole new review of not one but TWO (2) toys for you! Let me introduce you to the Satisyer Pro 2 and their adorable friend Penguin. They’ve come dress to impress and let me tell you, as one who beats her clit like it owes her money every other weeknight, that’s hard to do.

Let’s jump right in, shall we?

So first thing first, if you are on my Patreon, then you would know that the Satisfyer company sent me these a while ago for an unbias review. Unfortunately, this year has just been one huge amusement park ride for the FCL family, so a lot got paused. But that length of time did allow me to play with these two interesting toys, that I had been eyeing for the longest anyway. So yay luck/blessings/etc.!

These toys are supposed to be very unique as they are made to suck on the clitoris. I have nothing to compare it to other then maybe my suction nipple toys but obviously nipples and clits are not the same. So you know I was very excited when they had contacted me to test their toys.

The Pro 2 came as a little surprise for me. It felt very light and looks like a fancy smooth shower head. Inspecting it to make sure it did get any damage along its long trip for Germany, I also made sure it would be easy to clean since only the silicon pinpoint part goes on the clitoris. Its easily removable and they do sell replacements on their website for $8.95 USD and 5 come in a pack each. Not bad if you plan on using it a lot. 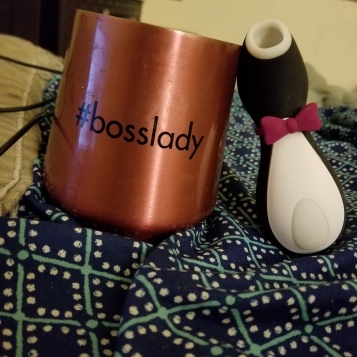 The Penguin on the other hand is like…velvet smooth and has a freaking bow. One look at it and I was just in love with how small and cute it was! Like, YES WE ARE ON BRAND! Granted, it does look like something out of a horror movie with its hollowed-out face. But let not over think that, ‘kay? Again I gave it a once over, to make sure nothing happened, and found trying to remove its thinner ring a little harder to remove. I’m sure for those who don’t bite their nails down to the bed would have an easier time removing it. And again, they sell the replacement heads in packs of 5 for $8.95 USD.

They both have the same type of magnetic charger, I just sat them aside for the evening and let them juice up before my next free day to just test the items out.

Naturally I went after the Penguin, because it is me and I like small cute shit. I grabbed some lube, some well written furry porn and got to work. And boy did I have to put in work. I’m a pretty fat chick, so trying to even get to my clit with the little Penguin was a tad harder then one would like to admit. The tummy of it is not only the power button the controls, which just made it even harder to handle with its short body. BUT I DID IT! It was…an okay experience. I wasn’t sure if it was because of the size of my nub or the size of the Penguin’s mouth, but the feeling was just ok. It was like having my partner just use the tip of their lips and suck on my bud. Wasn’t bad…just not for me. So this toy isn’t something I reach for at all when I want to get off. It looks cute on my nightstand though.

The Pro 2 on the other hand was very interesting. Not only did the longer handle allow me to by pass the tummy issues, it was able to envelope my whole clit. So when it started to suck, I was like “WOW, ok then.” With the power button being separate from the controls, I had a bit more control to the levels. It has it patterns which honestly scared me given the sensation was new. But once I got to the highest setting, we was good and I was able to climax with no issues. The orgasm was…ok? I was still so thrown off by it, that I wasn’t sure how to feel.

CUE MONTHS OF TESTING TO SEE HOW I FEEL!

It was kind of like a montage of me trying this toy every other day. Some days I got close, but the sensation was so off putting, I had to finish with my Magic Wand. Other times I came so hard with just the Pro 2, that we had to change the sheets. It was always “Hm..what am I in the mood for?” type of deal with my body. And I feel that’s a good thing! I really like it using on those days I have the free time to build up and tease out (suck out?) an orgasm vs needing to nut real quick before reporting for duty at the day job.

Over all, the toys are a delight to use or look at. The penguin can chill on my night stand and the Pro 2 is something I reach for once in awhile.

Until next time cupcakes!

Big thanks to the folks over at Satisyer for giving me these toys for an honest review!

Leave a Reply to I don’t need a toy; I need the real thing 🍆 – Pretty Pink Lotus Bud Cancel reply 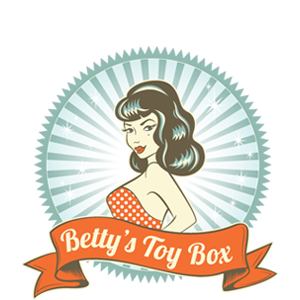 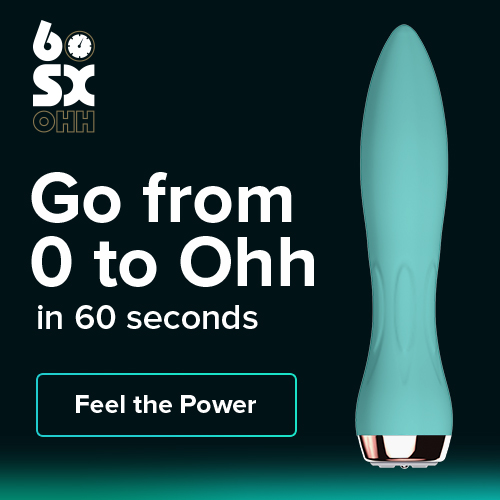